Very often the pain that we have is caused by a problem in a completely different part of the body. John Gibbons, osteopath from Oxford, illustrates this very well in his article titled ‘Where you think the pain is, the problem is not’ citing Ida Rolf. John gives a good example of his patient, 34 years old woman, who turned up in his clinic complaining about the pain around the scapula. The pain would come on at 4 miles mark of a run. It would  prevent her from completing the run. She visited different specialists who would focus on treating the affected, painful, area. Having seen a few experts who did not manage to help her, she eventually ended up in John’s clinic. To cut the long story short, the problem identified by John was with the muscle in the buttock called Gluteus Maximus (Gmax). This muscle is key in maintaining good posture, and its function pivotal in normal gait. Gmax, however, to function properly needs ‘friends’ – other muscles. It is worth mentioning at this point the latissimus dorsi and thoracolumbar facia that along with the Gmax form so called posterior oblique sling. Should one of those components get weaker, others must work extra hard to compensate for the loss. This is exactly what happened in this case. The weakness in the Gmax resulted in the latissimus dorsi working extra hard which, in turn, affected the shoulder mechanics and led to the pain around the scapula. However, the misfiring (weak) Gmax was a result of the shortened iliopsoas (hip flexor). Once the issue was addressed and the iliopsoas worked on, the pain went away.

GMax and its weakness may lead to other problems too:

The above case is a powerful reminder to me to look at patients and their problems holistically. It takes time to do all that detective work, but it pays dividends to do so.
It is worth reading John’s article. Find it in Massage & bodywork, July/August 2015:   www.massageandbodyworkdigital.com 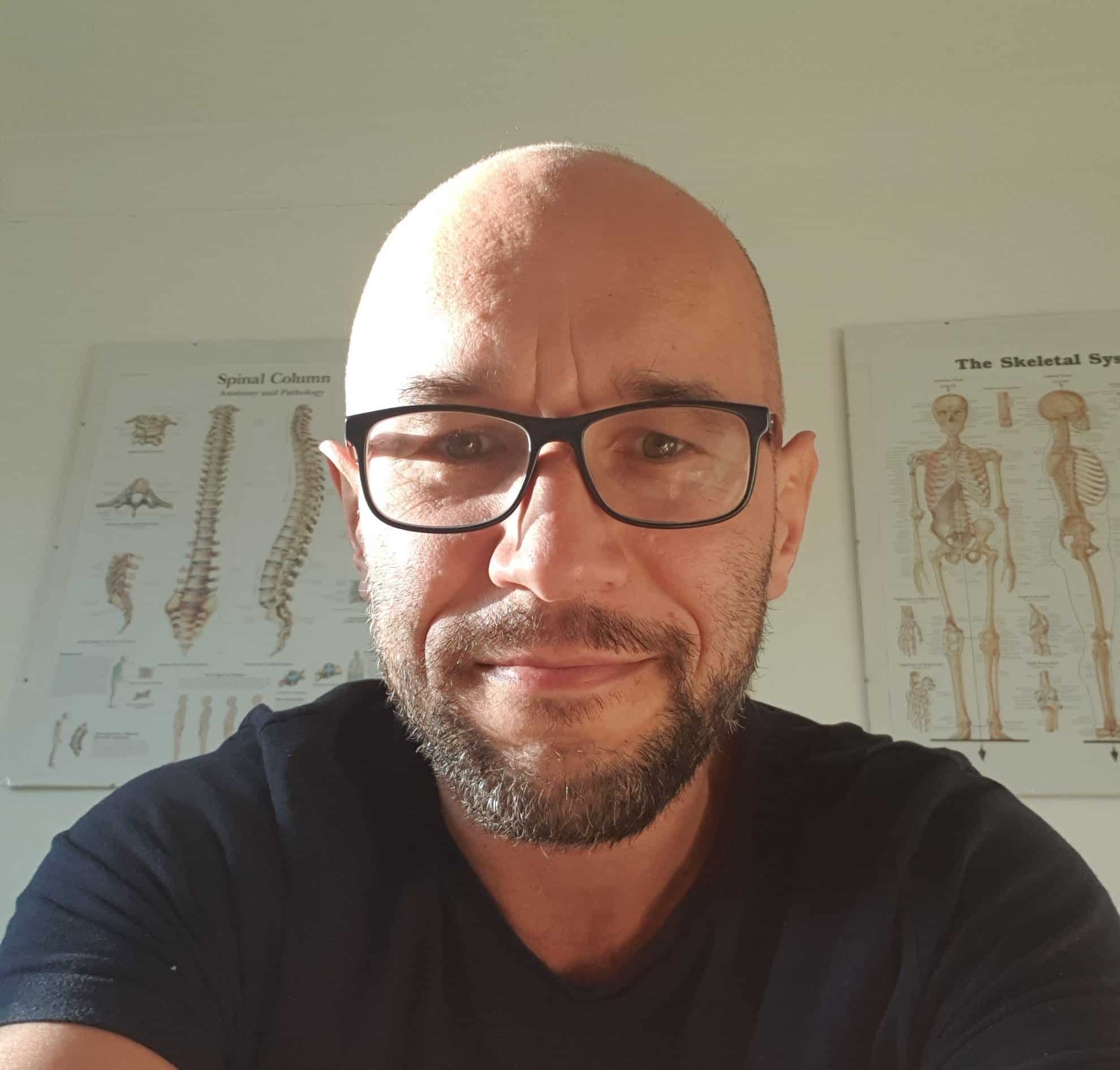 Chartered Physiotherapist and Master Myofascial Therapist. In the NHS since 2008;  I currently work in the community as a Physiotherapy Team Lead. I also run a specialist back pain physiotherapy service in Southampton, UK. Follow me on social media.

Soleus muscle and pain in the calf

Upper Back, Neck and Shoulder Pain

This site uses Akismet to reduce spam. Learn how your comment data is processed.

Working with the CSP

Upper Back, Neck and Shoulder Pain

Backache, back pain and stenosis

Call Us Now at